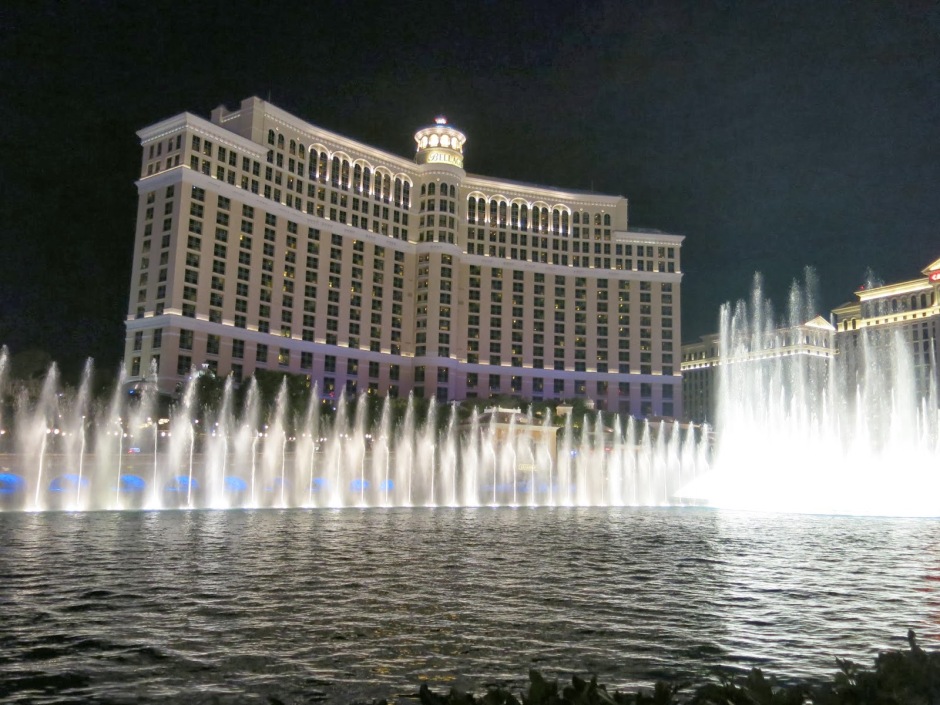 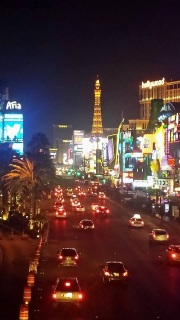 This holidays, my mum won a trip for 4 to Vegas. I know that myself and every other person out there has often questioned who wins those overseas holiday competitions, so when my mum won this, needless to say we were all shocked.

So my family and I set off to Vegas in January this year for 4 days. 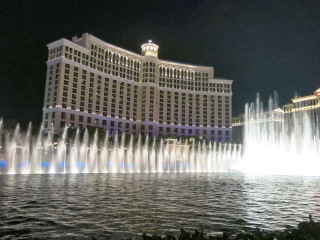 A city where alcohol is as prominent as water, and probably flows faster. Where the lights never go out and millions of people come each year to try and make their fortune. Where bigger is better and the stakes are higher than anywhere else on earth.  Where tacky paraphernalia litters the streets, mixed in with cards advertising girls for hire. It is a city where over-the-top is completely justified, and landmarks stolen from other countries are just around every corner.

It is an incredible feat; to build a city in the middle of a desert where no city should exist. But then to take it even further and turn it into a multi-billion dollar tourist industry…now that’s ingenuity.
“In truth, it is a city of freedom, and in freedom most people find sin’ a cab driver in Amsterdam tells the main character of The Fault in Our Stars by John Green. Though this quote was originally describing the city of Amsterdam, I believe that it also aptly describes the city of Las Vegas.
This is the truth about Fabulous Las Vegas, Nevada.
Vegas could be likened to New York in that it never sleeps. The sirens from emergency services echo along the strip twenty-four hours per day, and the city always has a buzz of anticipation, hanging like an electric charge in the air. 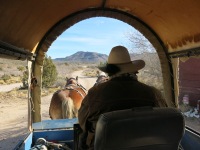 Of course, like any city, there is both the good and the bad. My family and I found the good in the outlet malls at either end of the strip. A part of the Vegas trip which my mum won was a helicopter flight over the Grand Canyon to the Grand Canyon Ranch in Arizona. It was my second time to the Canyon and it was no less spectacular than the first!

The first time when I went to Vegas in 2011, our helicopter flight landed us in the bottom of the Canyon, which was absolutely spectacular. Flying over it this time on our way to the ranch was just as incredible!

We went to see The Jersey Boys at Paris, and the positive reviews had prepared us for the awesome show that awaited. Whilst the scenery didn’t change much, the subtle prop changes for each scene left a lot to your imagination and let the music of Frankie Valli and the Four Seasons take you away!

There are so many more things which I could write about Vegas, but you really need to experience it yourself. If you get a chance, go and explore the hotels and casinos, because the themes are all unique and interesting. Go indoor skydiving at the far end of the strip and ride the rides on the top of the Stratosphere. See a show or experience the free spectacles at night as you walk along the pavement. There’s so much to do in Vegas even if you’re not 21!